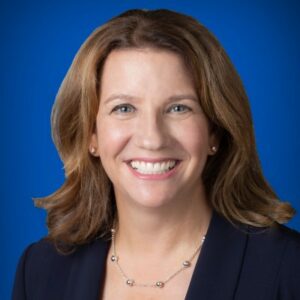 The role that the Great Lakes Water Authority (GLWA) plays in the region cannot be overstated. Providing nearly 40 percent of Michigan’s population with safe, clean drinking water and efficient wastewater services to nearly 30 percent of the state, GLWA needed a seasoned leader to be its next CEO. Given POLIHIRE’s extensive record in identifying leaders for municipal water utilities the partnership with GLWA was a great match.

After a nationwide search it became clear that the best person for the job was already in the job. Suzanne Coffey had already stepped up to the plate from her position as Chief Planning Officer at GLWA to serve as the organization’s interim CEO. Her six years at GLWA combined with her prior leadership roles at the Detroit Water and Sewage Department and Oakland County Water Resources Commissioner’s Office and a degree in civil engineering have equipped Suzanne very well for this “new” role. We at POLIHIRE look forward to her continued success.